← My Top Ten Last Meals!
When You’re The Only Married Couple In The Village… →

Admittedly I’m a bit of a water cart. I cry at anything that tugs at the heart strings and sometimes it doesn’t take much to set me off. I’ve lost count of the number of times I’ve got strange stares on public transport because a sad story in a magazine I’m reading has caused me to get teary. And it just so happens that there was an article today that absolutely broke my heart and I feel quite teary as I write this. It was about a retired police dog called Judge who was recently put to sleep after his health had rapidly deteriorated due becoming terminally ill. 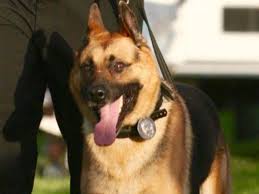 We never had pets in our house when we were growing up for various reasons despite constant pleading from my two youngest siblings. But we got our animal fix when we went to visit aunts and uncles nearby who had cats, dogs, fish, and at one point a ferret and a tortoise (just not at the same time!) However I can’t hand on heart say that there was a void in my life because I didn’t have a pet. In fact because of my inexperience with animals, I always felt a little unsure of myself around them although this has gotten better as I’ve become older. But I still don’t know if I could ever see myself living with a furry friend. But that doesn’t mean that I don’t like animals especially when they’re so frickin’ cute. I’m often amazed by their intelligence and the loyalty they show their owners. They really could put us humans to shame. So it’s no surprise that reading about Judge and the emotional farewell he received from his colleagues had me in floods of tears.

Judge, a nine year old German shepherd who had retired from his work with the police department at West Deptford, New Jersey in 2013, was given a farewell worthy of heroes – which he is. Distraught police officers  formed a guard of honour and saluted the hero dog as he walked past them with his training arm in his mouth as he was about to be driven to the animal hospital. I’ve seen many heartbreaking scenes in my time – and I have to say, this one got me.  More than thirty officers and a dozen K-9 units lined the streets  as Judge went on his last ever walk. Despite the stiff upper lips, the feeling of loss and devastation came through in the photos and even the most hardest of hearts couldn’t have failed to shed a tear. Judge had sadly grown so weak, that his handlers weren’t sure if he would be able to make it to the car. But proving he was made of stronger stuff, Judge amazed them all by his tight squeeze on the training arm which showed that he still had some strength left in him.

And that wasn’t all. Vets and specialists were lined up inside Swedesboro Animal Hospital in a touching tribute to the brave dog as Judge walked in, with one of the vets visibly overcome by emotion – and who could blame her? It really made me feel for the law enforcement officers who did very well to hide their inner turmoil. And it also made me feel for Judge because there was absolutely no way he didn’t know what was happening, and I just hope his last few moments weren’t filled with fear. Sgt. Dan Eliasen, who supervises the police department’s K-9 division, said:

“It’s about showing respect, but also the people who are here wanted to thank Judge for his service to the community. No one has forgotten what he’s done — and that includes protecting his partner and his community.”

Although he retired two years ago due to problems with his teeth, over a period of time, his health became increasingly worse until police were forced to make the painful decision to end Judge’s suffering. $13,000 raised in one day for medical treatment for Judge plus the offer of free medical care from St. Francis Vetinary Hospital all came too late for the heroic dog who was recruited back in 2007 and had assisted in the arrest of more than one hundred and fifty criminals as well as the seizure of drugs, vehicles and firearms, and the confiscation of $47,000 in cash. He had undergone surgery and was on medication but when his liver grew so large that it crowded his stomach and left him unable to eat, there was nothing more that could be done.

Last year my aunt was forced to put her beloved cat to sleep as the poor kitty had become so ill and so weak that it was the only humane thing that could be done. My aunt had had her for years so I can only imagine her sense of loss. And it’s not just my aunt – I’ve had many friends who have suffered the loss of a beloved pet. They’ve often said that they felt they couldn’t publicly grieve because they felt that people wouldn’t understand and would think that they were daft crying over an animal. But it’s not just ‘an animal,’ is it? When you bring them into your home; feed them; play with them, look after them, love them, and give them a place within your family, how you could you possibly feel anything but devastation when they die? As one lady I know said after the death of her dog, “it doesn’t feel like I’ve lost an animal. To me, he was just like a person. A friend.” And that’s exactly what these little furry and not-so-furry creatures become – friends, and according to Mr. D. better friends than most humans (I hope he’s not including me in that comparison!)

And that’s one of the reasons why I feel I couldn’t bring a pet into my home because I just know I’d never be able to handle it when the inevitable happens. Though a friend of mine has a different take on it. She agrees that the sense of loss you feel when they pass away is unbearable, but she said nothing compares to the happiness they bring, and she went on to say that it’s not about the love you give them but the abundance of love they give you – which obviously set me off again! As for Judge, I hope that he is at peace now that he has been put to rest and that his suffering is over. I hope that his colleagues come to term with their loss and feel proud of themselves for giving Judge a truly magnificent send off and find comfort in their memories. And most of all, I hope that Doggy Heaven has given Judge the welcome he deserves.

Rest in peace Judge. Thank you for helping to make the world a better place. xx 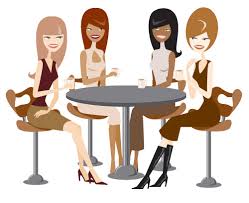 ← My Top Ten Last Meals!
When You’re The Only Married Couple In The Village… →

the good, the fab and the lovely

All the little things that make up my life!

Food, in the end, in our own tradition, is something holy. It's about sharing, honesty & identity.

My blog about recipes and cooking, topped off with a cup of coffee or tea!